Sizing John was last season’s Gold Cup winner, which automatically places him in a good position in the betting market. This is heavily backed by his latest win at Punchestown on the 10th December in the John Durkan Memorial Punchestown Chase (Grade 1 over 2m 4F), beating Djakadam by 7 lengths. The ground at Punchestown on the 10th was ‘Heavy’ and the ground he won the Gold Cup on was ‘Good’, showing that this horse is incredibly versatile. Jessica Harrington decided to skip Kempton this year due to the 16 day turnaround from his last run. The addition of the travelling factor over from Ireland was also significant. This is a disappointment for many but it is important that Harrington conserves her stable star so he’s at his best for March. It is looking increasingly likely that Sizing John will line up against Yorkhill in the Leopardstown Christmas Chase on the 28th of December, of which he is currently priced 6/4 with Sky bet. The field also includes Outlander, Disko, Killultagh Vic and Djakadam. Sizing John is currently in a perfect position to head to Cheltenham in March and repeat his win from last year and if he triumphs on the 28th too, his credentials will be boosted and his current price of 4-1 (Sky Bet) for the big race in March will shorten.

Might Bite is currently 6-1 for the Gold Cup. This horse hasn’t been beaten since spectacularly coming to grief at the last fence in the 2016 running of the 32Red Kauto Star Novices Chase (Grade 1). His last victory came at Sandown when beating Frodon by 8 lengths. Might Bite was the winner of the 2017 Betway Mildmay Novices Chase last season when he beat Whisper by 2 lengths, he really had to work hard that day as Whisper really pressed him all the way up to the line. Whisper has been trying his hand in competitive handicap races ever since and has had a reasonable amount of success. You may be thinking, why is Might Bite currently 2nd favourite for the Gold Cup at this point? To be fair he hasn’t beaten much, however, his trainer, Nicky Henderson thinks the absolute world of him and he believes that he’s managed to iron out his obvious quirks. When I say ‘quirks’, I am directly referencing his not-so taking performance in the RSA Chase last season. Despite eventually winning by a nose, he didn’t half give his supporters a rough time of it. He was 12 lengths clear of Whisper and Bellshill when he jumped the second last but obviously began to get lonely out in front. He plunged at the last fence, giving Whisper time to catch up with a near-enough perfect leap at the last fence. Might Bite began to veer dramatically right handed and was actually headed by Whisper 120 yards out but he rallied well to just about get back on top when following a slightly straighter line. This performance showed his ability as he was 12 lengths clear but it also exposed his immaturities as well. If Nicky really has straightened out his quirks then I believe Might Bite will be a fierce contender in March. 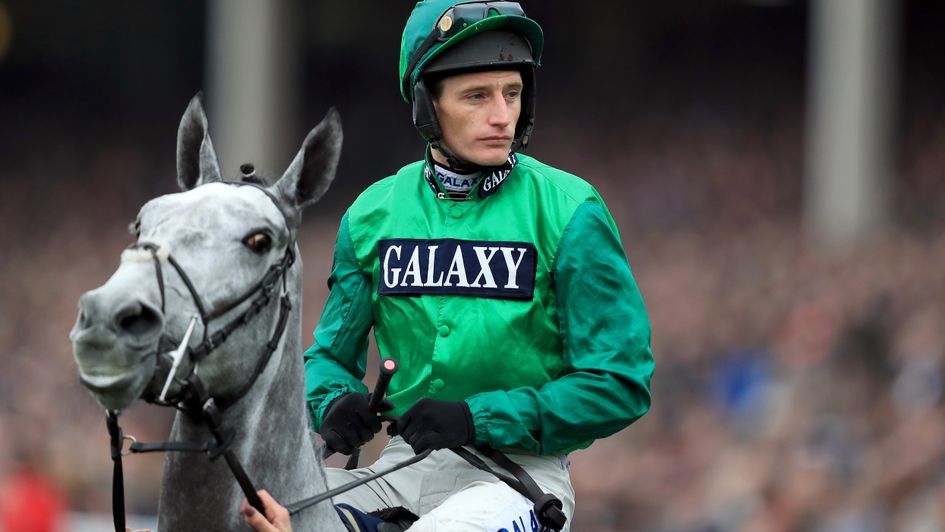 Bristol De Mai has looked like a completely new horse this season. He revels in soft ground and has proved himself in two graded races in a row. Since finishing 5th in the Bowl Chase at Aintree last season behind Tea For Two, Bristol De Mai hasn’t raced on Good ground. This would be my concern for him as it’s looking like he’ll need to get a toe into the ground in order to be competitive. Having said that he won the grade 1 Scilly Isles Novice chase in Good-Soft ground. Providing Cheltenham doesn’t turn out to be any quicker than good, Bristol De Mai looks to be a solid competitor. Nigel Twiston-Davies thinks the world of this horse and thinks that the price of 4-1 for Kempton’s King George V Chase is justified. If Bristol De Mai finishes in the first 3 of the King George V Chase with the current ground being Good-Soft, I believe his current odds of 12-1 for the Gold Cup will significantly shorten.

Thistlecrack has been slightly frustrating since his colours were lowered by none other than the superstar horse, Many Clouds, last season. In his latest run he was a weakening 5th out of 6 in the Ladbrokes Long Distance Hurdle, won by Beer Goggles. He was 11/10F that day. Colin Tizzard made the excuse that he wasn’t quite fit enough and he would come on for the run but it has put a big dent in his form. At this moment in time Thistlecrack is 6-1 to regain his King George V Chase crown but whether he’s in the form he was in 12 months ago is questionable. If he can put up a good performance in the King George then I would make him my Gold Cup favourite, not a 12-1 shot as he is now. He’s proven at Cheltenham and is relatively versatile when it comes to ground conditions. Hopefully he jumps safely around (he’s not had any issues to date) and sees out the added 2F up the Cheltenham hill. 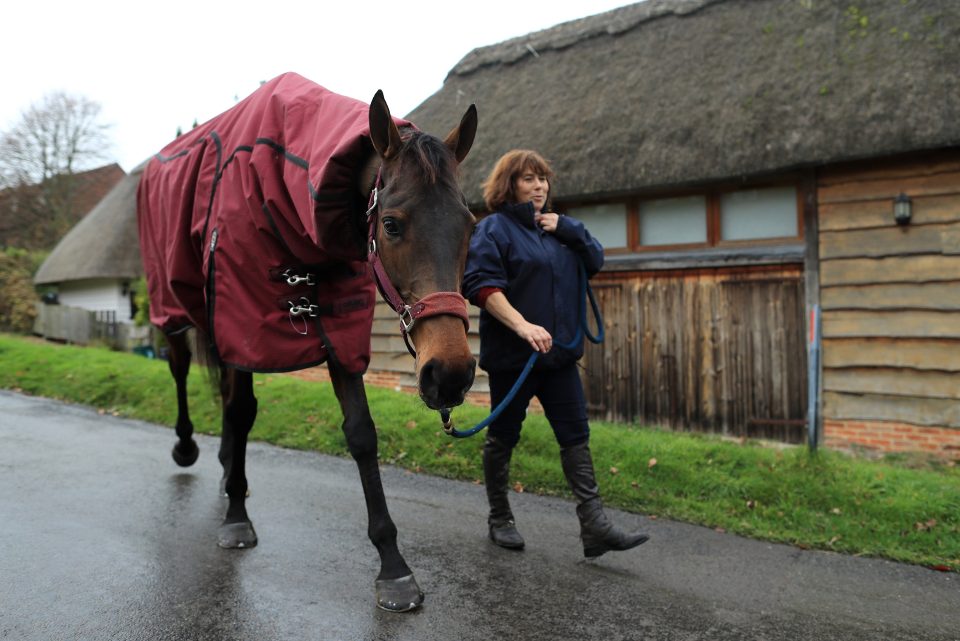 Sara Bradstock and her beloved Coneygree

Coneygree hasn’t won since 2015, he was plagued with injury in 2016 and his form record reads 3rd, PU, PU in his runs in 2017. Mark and Sara Bradstock absolutely adore their stable star but they know full well that he’s incredibly fragile. In his second run of this year, he over-reached over a fence and clipped himself and on his second run he pulled up because he was making funny noises. He has since has a wind op and is looking to be ready for January. Coneygree’s form has been on and off for a while so his 40-1 price for this season’s gold cup is probably justified despite being a previous winner of the race. 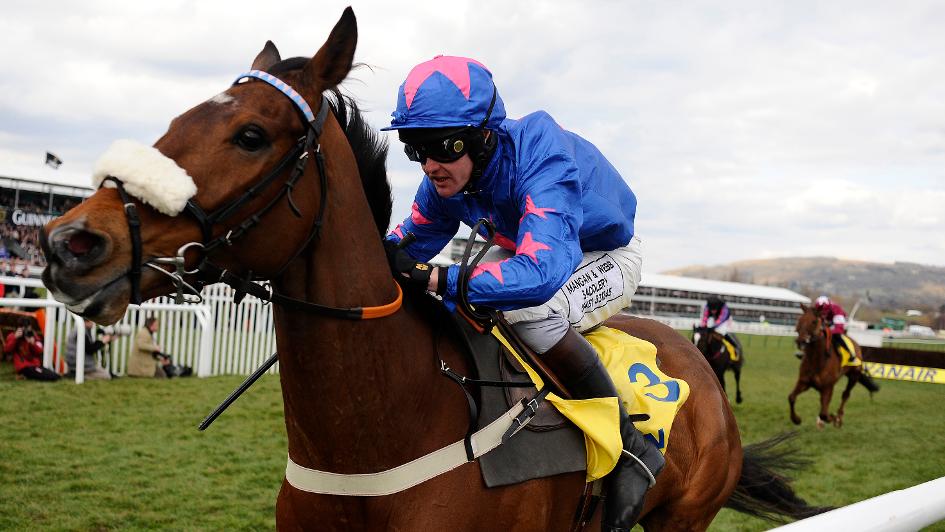 Cue Card has fallen in 2 of the last 4 runs he’s had. For some reason, this widely-adored horse struggles to stay on his feet. It’s clear that Cue Card is not a huge fan of Cheltenham, more specifically, the Gold Cup. In 2016 he fell 3 out when in a brilliant position to go on and win, 12 months later he fell at the same place when moving up to challenge the leaders. Having said that, Cue Card won the Ryanair in 2013, jumping cleanly throughout, proving that he can win around Cheltenham. Cue Card’s latest run came when he was a long 2nd to Bristol De Mai in the Betfair Chase but the ground was heavy and very much against him. Colin Tizzard is still hopeful that his star will run well in the Gold Cup, which he is 40-1 for currently! However, he also said that the Ryanair Chase may be an option in March as the competition this year is red hot. He is currently 20-1 at best for the race at the festival.