There are many different weapons in a trainer’s arsenal to make their horses run the best they possibly can. Different horses run better with different tack pieces, but all have a specific use.

Some horses even get remembered for their tack pieces, like Choisir and his eyeshield.

Sometimes the different uses of certain pieces of tack can get confusing, as can knowing why they are used.

So here’s a short list of the most common tack pieces in racing, and why they are used.

Grackles: Also known as figure eight nosebands, grackles are commonly used throughout European horse racing. They are used to prevent a horse from crossing its jaw. They can also allow a horse to relax and settle its tongue allowing them to breathe better. They consist of a noseband crossed over the nose, and underneath a small piece of sheepskin. The two lengths of leather then join under the horse’s chin, persuading the horse to shut its mouth. Famous examples of horses that use grackles are Frankel, Found and Thistlecrack.

Australian Noseband: Also known as Australian Cheekers, this piece of tack is also used to prevent jaw crossing in certain horses. It can also be used to prevent a horse’s tongue from rolling over the bit. It consists of a piece of rubber on each side of the bit, that then join into one and run to the back of a horse’s head. A famous example of a horse who used an Australian noseband was The Grey Gatsby. 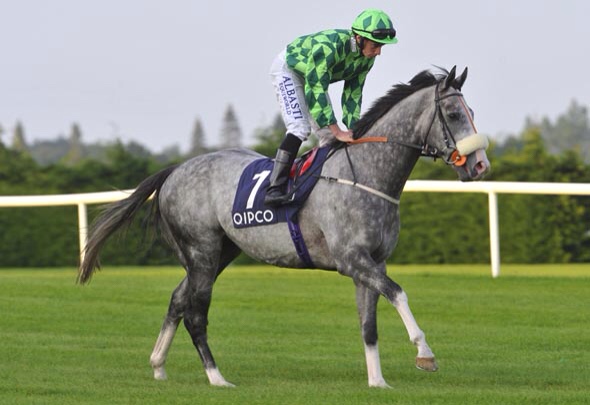 The Grey Gatsby wearing an Australian Noseband and a Sheepskin noseband. Photo by Champion Series.

Ring bits: Ring bits are commonly used in strong pulling horses, as it gives the jockey more manueverability and more control over steering. They usually consist of a regular bit and a ring of metal used in conjunction. Famous horses who’ve used ring bits are Highland Reel and Teofilo. 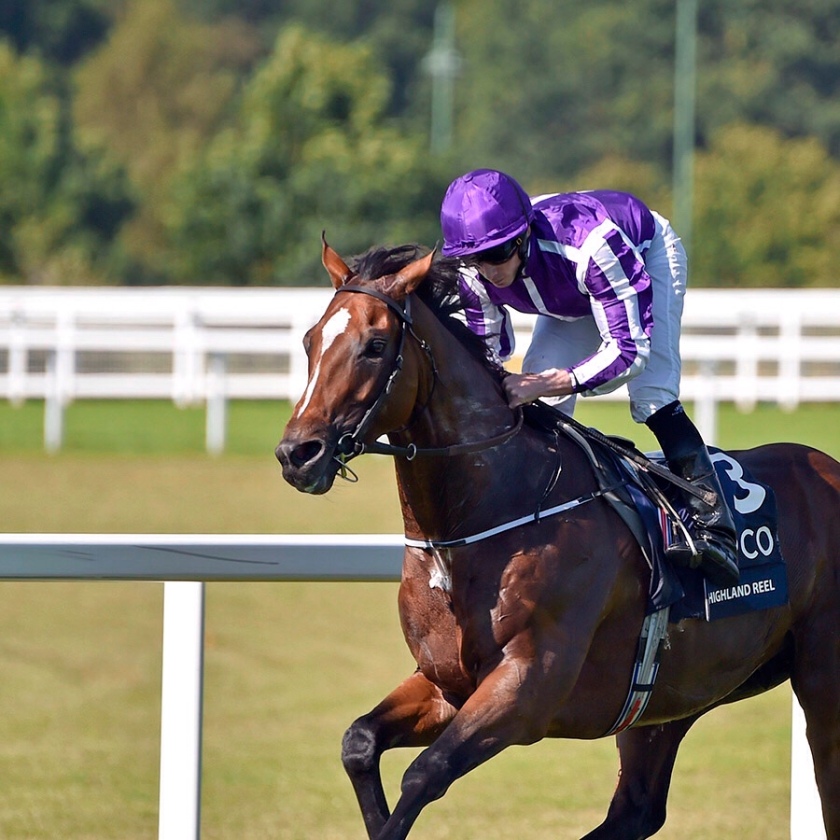 Highland Reel and his ring bit. Photo by Champion Series.

Tongue-Tie: Also known as a tongue strap these are becoming increasingly common on racecourses around the world. They are used to prevent a horse from getting its tongue over the bit, an issue which prevents horses from breathing. They are a piece of fabric, usually a ripped stocking, tied around the horse’s bottom jaw and tongue, holding them together. Many horses have used tongue-ties, but a famous example would be California Chrome. 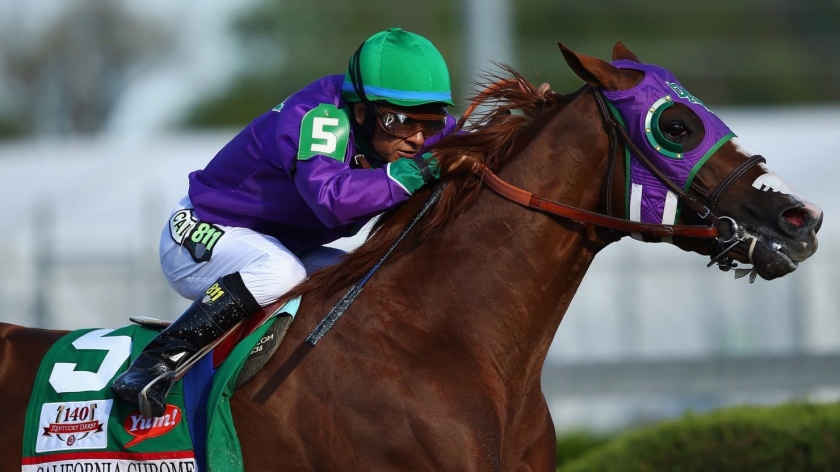 Blinkers: Full cup blinkers are used on horses who get easily distracted, and it helps them to concentrate on the race ahead of them instead of paying attention to what’s behind them. They also don’t allow the horses to see the noises that are behind them, so light up lazy horses. They consist of plastic cups of different sizes attached to a hood. California Chrome is again another famous example of a horse who has used blinkers, his being embossed with his logo.

The different types of blinker cup. Photo by tfloki.com.

French Blinkers: Also known as sheepskin cheekpieces, these act in a similar way to blinkers, but are seen as more sympathetic as they are less intimidating. One horse who uses French Blinkers is Gold Cup winner Native River.

Hood: Hoods act as sound distorters, and are used when horses get distracted by the sounds of a racecourse. Chris Waller used them on Winx after her gate breaking wasn’t up to standard, to help her concentrate on going forward rather than listening to the sounds of the gate. They can also be used to relax horses that get worked up easily.

Ear Plugs: Ear plugs are used on highly strung horses, and act as a more direct version of a hood. They are attached to the bridle, and can be used in the parade ring but taken out before a race, or they can be used throughout a race. They consist of memory foam ear plugs attached to a horse’s bridle that can easily be taken in and out of a horse’s ears.

Irish Martingale: Irish Martingales are used on almost all racehorses. They consist of a small piece of leather joining the two reins together. Their use is to prevent the reins slipping of a horse’s neck if the jockey is unseated, preventing any tangling incidents.

Sheepskin Noseband: Also known as shadow rolls; are used to get a horse’s head carriage down in a race. These are used on horses who run with high head carriages. They are very common within National Hunt races, to urge a horse to look at the fences coming towards them. Three time Grand National winning horse Red Rum wore one.

Nasal Strips: Although they are illegal under Jockey Club rules, Nasal Strips are increasingly common in American racing environments. They are believed to open up a horse’s lungs, allowing them to intake more air, hence allowing them to run faster.