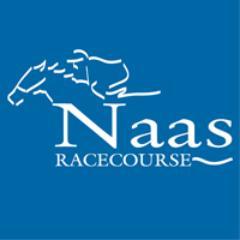 Naas will hopefully host the last card in Ireland before the Cheltenham Festival. I say hopefully because there is a precautionary inspection at 7:30 tomorrow morning due to a yellow weather warning for Ireland.

The race with the best horses in it was his last run at Leopardstown in a maiden over two miles. The winner City Island goes to Cheltenham to run in the Ballymore where he wouldn’t be without a chance. The second Dallas Des Pictons is the current favourite for the Martin Pipe at Cheltenham. If he improves for that run he could be hard to beat in a weak maiden hurdle.

Stooshie finished third behind Ex Patriot at Thurles and this looks good form. The winner Ex Patriot came out and won a handicap today at Gowran. The second Benruben has came out and finished second in a Grade 3 at Navan last weekend.

I am more than happy to take on the favourite Chacun Pour Soi here. She hasn’t been seen since 2016 when she ran over fences in France as a four year old. She has since came to Willie Mullins but has to come over a near three year gap from racing. I think they have the wrong horse favourite.

Hearts Are Trumps looks very hard to oppose. He was last seen finishing tenth in the Ladbroke Hurdle at Leopardstown during the Dublin Racing Festival. He is the most experienced horse in the field over hurdles. He has the best form in the race and also receives weight from his main competitors. I can’t see him getting beat.

Kaiser Black ran a phenomenal race to finish sevond to La Bague Au Roi at the Dublin Racing Festival. That was his first run since last June where he had been in great form and was raised 25 lbs between April and June.

Ilikedwayurthinking raised a few eyebrows after his fifth at Fairyhouse last time out. That being said the second Ming Dynasty came out and won easily at Naas, winning by 3 3/4 lengths. The third All The Chimneys has also came out and won, he was also impressive when winning by five lengths Thurles. I think he will shorten  from his current price of 7/1. I think he is on a very winnable mark of 111. I think he has a few pounds in hand and will go very close.

Kiler Miler was las two seen finishing third over hurdles over Christmas at Limerick. That was his first run since Christmas 2016. He will come on from his run the last day after the long break.

He is still an unknown over fences only having the four runs. He is a very lightly raced ten year old and may have more to come. I think he is being underestimated and is currently 20/1. I think he can surprise a few people and outrun his odds.